No Such Thing as Too Much Memory!

I’ve had a home server for over a decade. Well, “server” is probably too big a word, it’s just a computer in one of the cupboards, it works 24/7 and runs various useful services, acts as a NAS, and does the backups. I used to use old laptops for that but replaced it with a Raspberry Pi 3B+ lately.

Of course, when I moved the server to the Pi I put the familiar Debian Stable (Debian 10 at the moment) on it, which has a fancy MoTD with a logo and some system information enabled by default. I have byobu starting automatically anyway, so I see that MoTD for a quarter of a second at most as I ssh in, so I didn’t switch it off and just let it be.

It’s not every day that I ssh into the server, but today I had to do it several times, and the connection is quite slow, so I managed to get a good look at that MoTD: 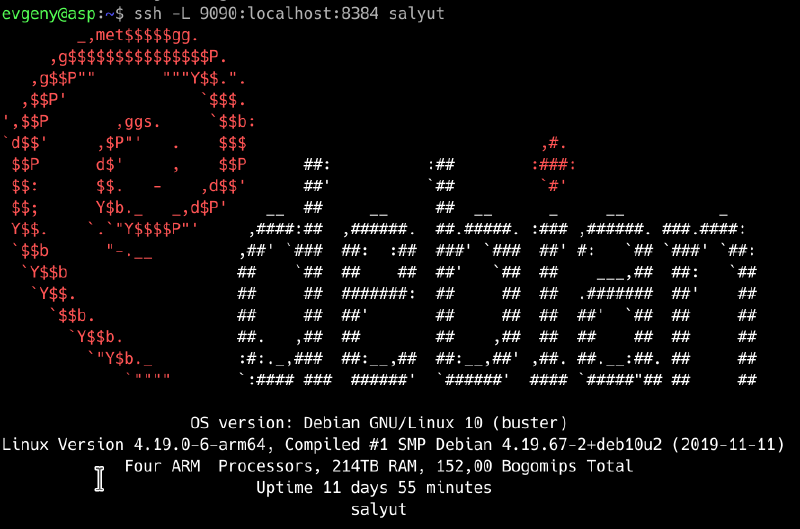 How much RAM does Raspberry Pi 3B+ have exactly?!