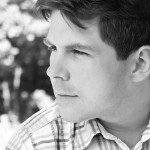 That recently introduced “Popular” thing in Google+ (or whatever the hell it is called in English) seems to only serve me popular posts from Russian (or Russian-speaking, for that matter) users.

Is there a way to tweak this? I mean, +Leo Laporte and the others often say G+ is rather populated with interesting and techie people, which really conflicts with the general Facebook-like pile of crap I see in “Popular”.